Intensive Training Course on Bank Analysis
(30 November – 2 December 2011, Budapest)
The event was attended by 18 participants from 9 countries.
Have a look at the detailed programme here! 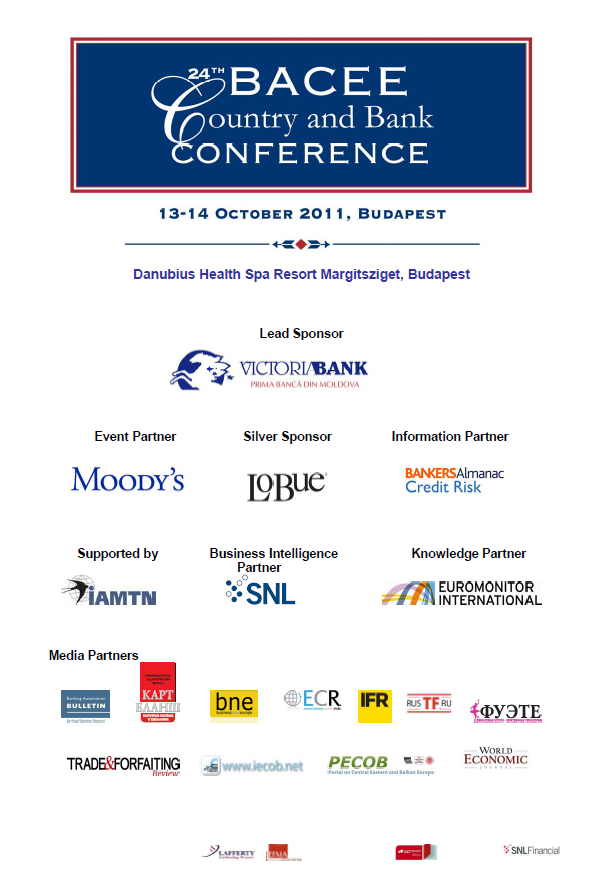 “It is not a commercial conference.
If you really like to hear updated information from experts, do participate!”
Mr. Nejdet Sarisozen, director, Financial Insitution
Black Sea Trade & Development Bank

“BACEE successfully carries on the most important mission:
does its best to find solutions for burning problems,
that contributes to the development of international cooperation in globalized finance.”
Mrs. Irina Yarigina, Head of Department
Finance University under the Government of Russian Federation 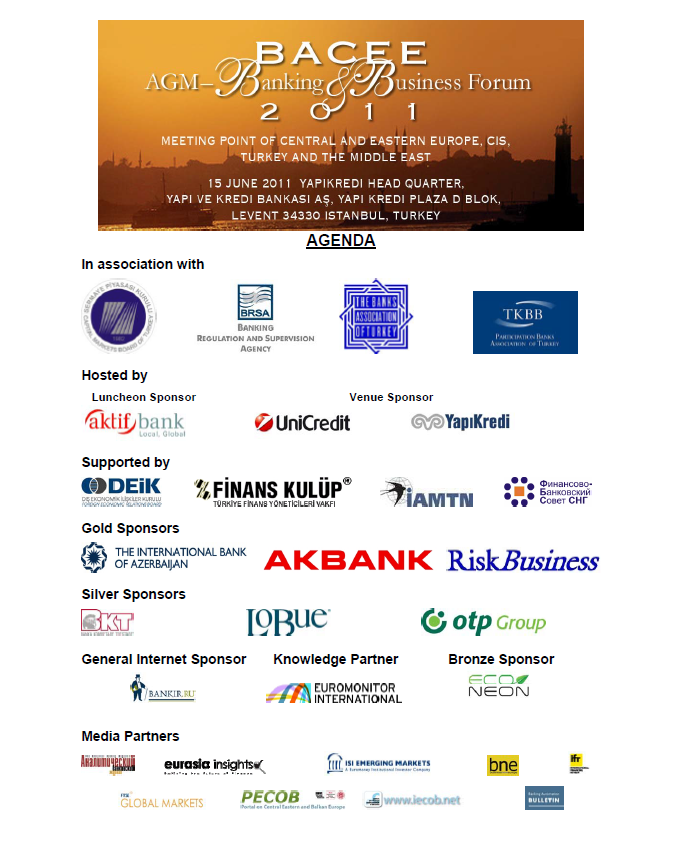 Turkey has been one of the world’s best economic performers in the post-crisis period.

The organiser of the event, the Banking Association for Central and Eastern Europe
(BACEE) has been traditionally playing a bridge role between the emerging economies of
Europe and the rest of the world. To emphasize the importance of Turkey for BACEE and
its 45 members from 25 countries, the association has decided to hold its 2011 Annual
General Meeting and Business Forum in Istanbul. The Forum was held in Yapı ve Kredi
Bankası AŞ, Yapı Kredi Plaza D Blok, Levent 34330 Istanbul, TURKEY. The event was
supported by UniCreditBank, YapiKredi and Aktifbank and endorsed by the Banks
Association of Turkey.

The Forum provided excellent opportunities to learn about the recent developments in the
economy and the banking sector in Turkey, Central, Eastern and South Eastern Europe
and the CIS in special panels organised along these geographical areas.

The speakers’ panel included representatives of the National Bank of the Republic of
Turkey, the Banking Regulation and Supervision Agency of Turkey, The Capital Markets
Board of Turkey, members of the Turkish business establishment.

Presentations on other CEE/CIS countries and their banking sector was made by central
banks, banking supervisors, commercial banks from the region, investors, rating agencies
and independent analysts.

The Masterclass was aimed at bank analysts with at least 1 year of experience who already have a good working knowledge of the subject. The goal was to obtain a deeper knowledge on selected subjects discussed at BACEE’s previous training courses and cover specific subjects raised by the participants.
TO A SUBSTANTIAL EXTENT, THE AGENDA HAD BEEN  BASED ON PREVIOUS CONSULTATIONS WITH THE POTENTIAL PARTICIPANTS, REFLECTING THEIR PRACTICAL NEEDS.
Adopting an interactive style, the Masterclass made extensive use of case studies and group exercises. The case studies illustrated key issues facing bank analysts in Central & Eastern Europe included relevant examples from other regions of the world.
The agenda emphasized the main qualitative and quantitative areas of advanced bank analysis, as well as on the mix between factors belonging to either category. The presentations included real-life situations and, when appropriate, case studies. All examples are based on information and contents already in the public domain. Specific financial ratios were presented, discussed, and exemplified.
The schedule for the day left ample time for questions and comments from participants.